Cairns you feel the love 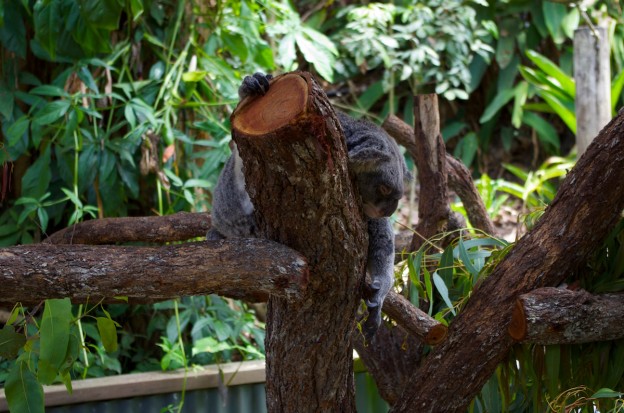 Cairns is an incredible tropical paradise. It gave us access to the Great Barrier Reef, the rainforest, interesting animals, and way too much sun.

I unfortunately couldn’t handle the heat. 30degrees was the low most days and I turned into a weird constantly sweating sloth like person. However, with so much to see and do I pushed myself to exert at least minimal energy.

Top things we did:

#1. Kuranda Scenic Historic Railway tour. You take an old timey train from the centre of Cairns up a mountain into the rainforest. During the train ride you get to listen about fun old timey mining facts and railway facts. The train stops in the old hippie commune town of Kuranda. Srsly dreads and tie dye as far as the eye could see. We went through some cool markets there. Visited an animal park where I got to cuddle a Koala! (best moment of my life). Then we headed back down on the sweet train. 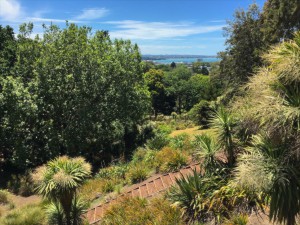 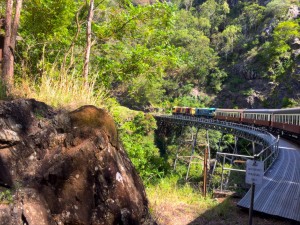 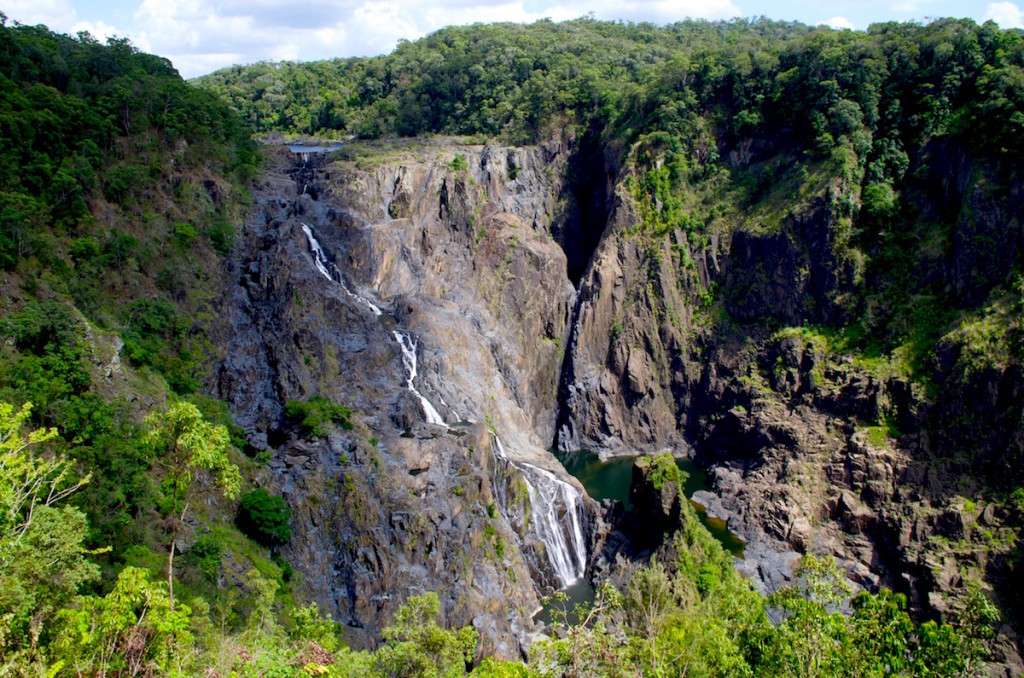 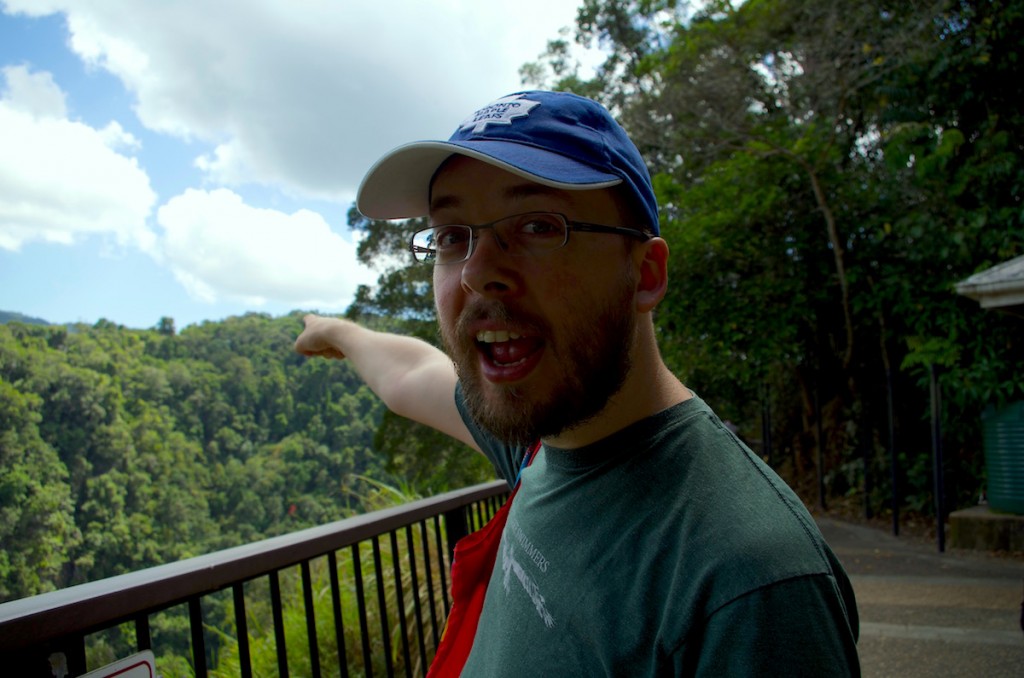 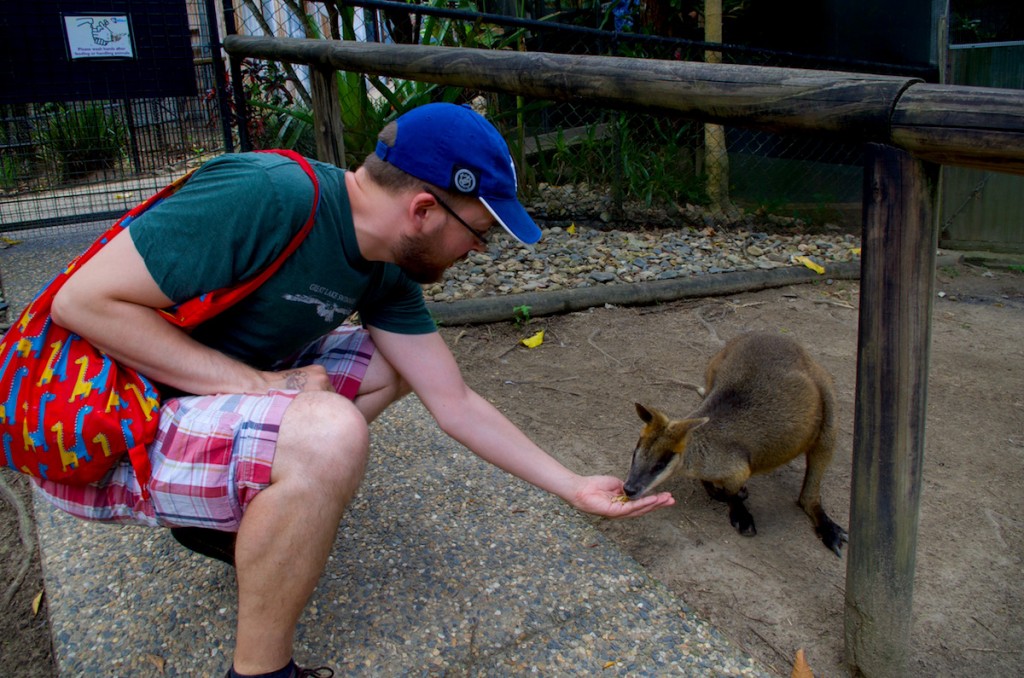 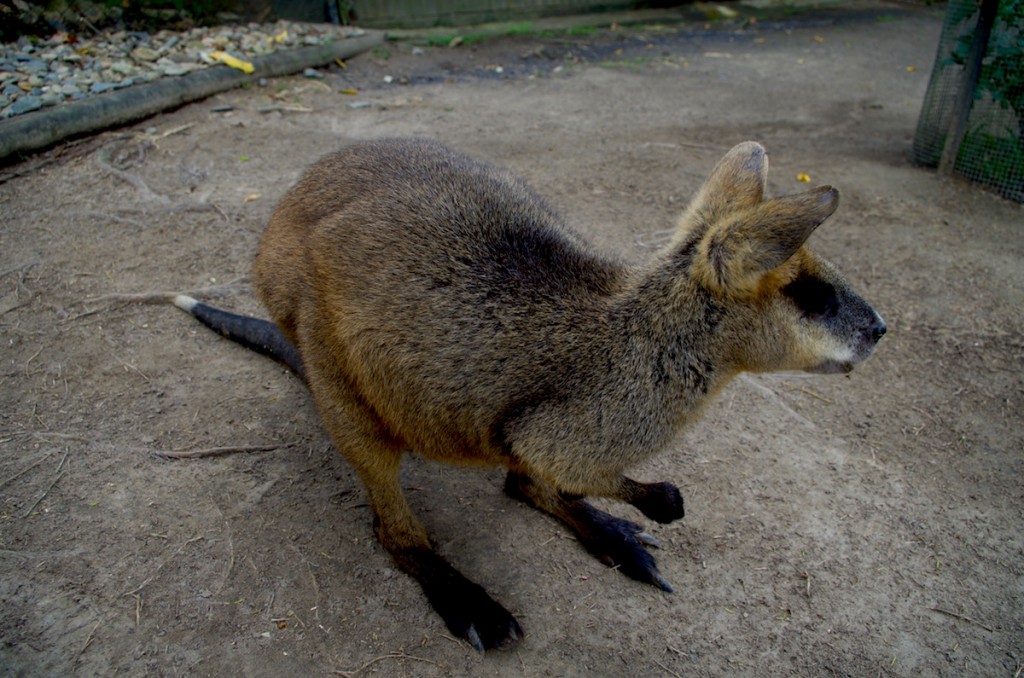 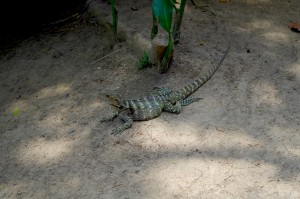 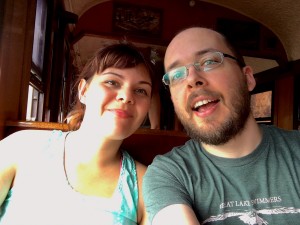 #2. The Great Barrier Reef! Surprise, it’s actually pretty great. We took a small Boat tour called Seastar Tours. They were awesome. You leave early and spend the day on the boat stopping at two reef bits to snorkel or scuba at. We snorkelled around. I couldn’t believe all the sea life and coral we could see just at the surface. I had never snorkelled before, so I was nervous that I would have to dive or something crazy, but it wasn’t like that all. I could literally float face down in the water and see an insane variety of creatures. I was more worried that I would bump into the reef and destroy the beautiful coral. It only takes hundreds of years to grow back, so whatever *stomp* *stomp*. It’s true what they say “it’s better under the sea”.

(actual footage from our reef tour).

All I wanted to do is lie very still face down and float around, but if you don’t move for long periods of time the boat crew get worried and come check on you. Which is annoying, super great, but annoying. I really wish I brought an underwater camera, it’s probably my biggest regret in life right now. I seen so many fish though… you’re just going to have to trust me. I totally found Nemo by the way.

One of my favourite moments was when one woman spotted what she thought to be a shark.

She yelled to the crew on the boat “hey I think I see a shark”.

Snorkeller: “It has a large fin on top and pointy face. About two feet long.”

Snorkeller: looks down, looks at boat “is it dangerous?”

Me: getting out of water now.

#3. Exploring the town. Cairns has a beautiful boardwalk, swimming lagoon, fresh food market, and botanical garden. I’m lumping these all together as town stuff we did, because I didn’t get too many photos since I was busy trying not to move. so hot. 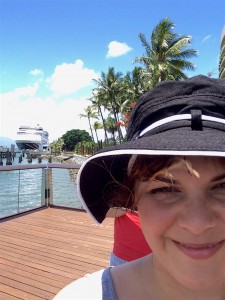 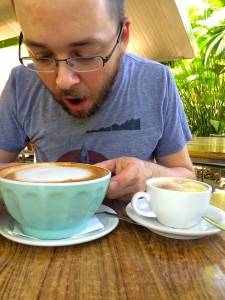 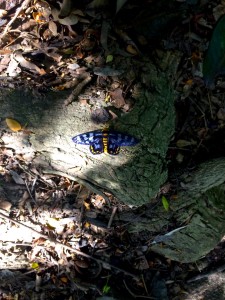 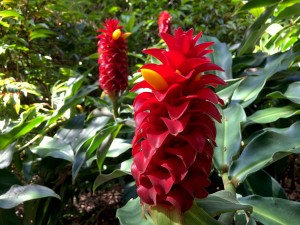 Cairns was an incredible spot to explore. It’s a big tourist spot, but I think it’s earned it with so many beautiful things to draw people in. I would love to go back with one of those Mr. Freeze suits to keep me cool or I could probably make do with a beer helmet.

#4. BATS. We got to see these adorable fruit bats. There are thousands of them hanging within single trees around the city. AND boy do they love mangoes! They fly across town on a mango hunt every night and make a huge juicy/noisy mess. Who could be mad though? Just look at those cute faces.

About 4 months ago · reply · retweet · favorite