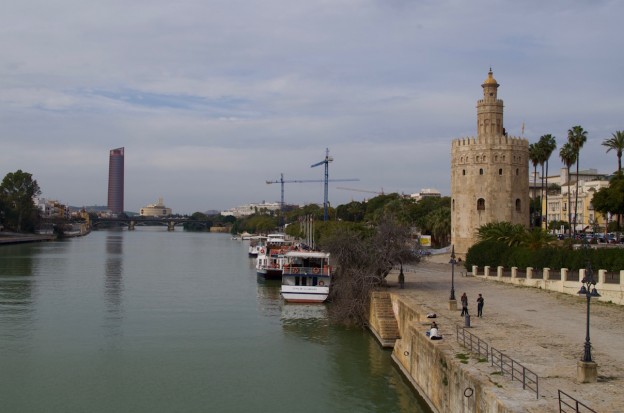 We went on a weekend trip to Seville and Granada. I took too many pictures. With such amazing sights who could blame me? I’m breaking the trip up into two posts for two cities. While we crammed both these places into a long weekend they are too unique to be clumped into one post. Plus all the photos I want to share surely won’t fit into a single “internet.”

Alright, here we go starting in Seville. In Southern Spain within the region of Andalusia. We couldn’t decide how to pronounce Andalusia, I sided with the Clash “And-a-loo-see-a,” while John took on the Pixies pronunciation “Andaloosha.” We’re probably both wrong.

Seville is filthy with history and beauty. We only had two days, so we decided to focus our touring on eating, wandering, and the Alcazar Palace. Through our exploring we did also get to see the famed Cathedral of Saint Mary… a giant fancy church that has Christopher Columbus’ fancy tomb. We didn’t make it inside the Cathedral, but the exterior architecture and details were amazing enough to satisfy my big ol’ church quota.

Fun Fact! The R. Alcazar Palace is actually Dorne from the real life documentary “Game of Thrones”. You’ll recognize the gardens from when Jamie tried to rescue his incest daughter. 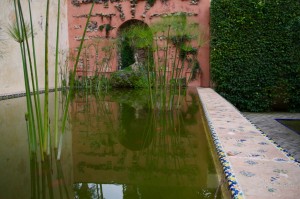 Are you sick of all the pretty yet? There’s more. 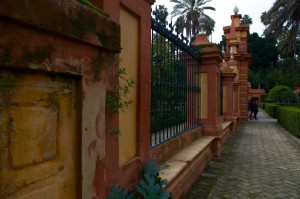 Remember when I said I took a lot of pictures? I wasn’t wrong was I? and this was severely edited to include only the essentials (in my opinion). I’ve been trying to up my photography game. I hope you noted my dramatic angles, dynamic compositions, and playful depths of fields or whatever. Photog/art school was a long time ago, I have to scrape away a thick layer of crud to access my artsy learnings.

Seville just had a little bit of magic in the air. There was something about the place that felt a little extra special and a little more romantic. I really enjoyed our time there and I would love to return some day to see more of it. I’m currently obsessed with the Alcazar palace. It’s probably the most beautiful place made by humans. The detail, the color, and the scale of the palace is unparalleled. We spent 4+hours there and I could easily spend weeks exploring the gardens alone. Good job Seville… You did good.

Bonus: Hanging Out in Dorne

I fight for Dorne. Who do you fight for? 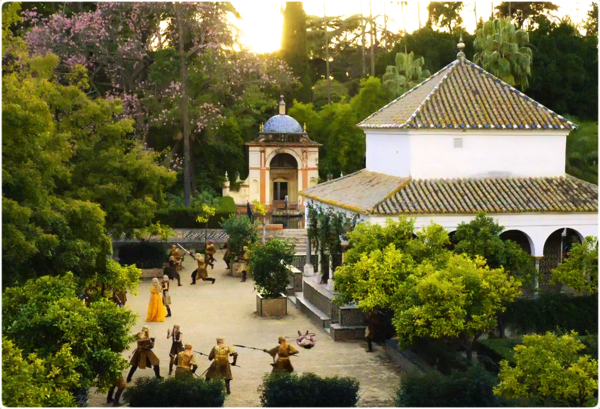 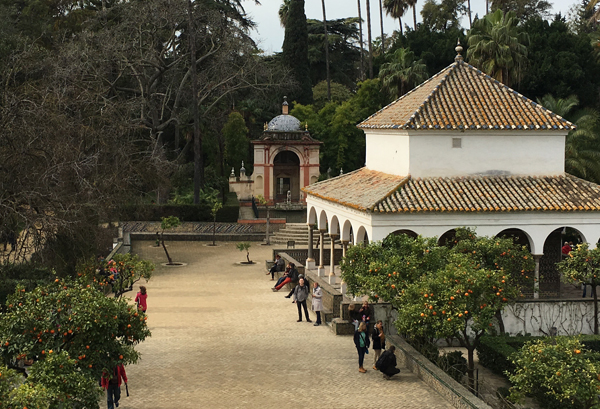 You fight pretty good for a little girl. 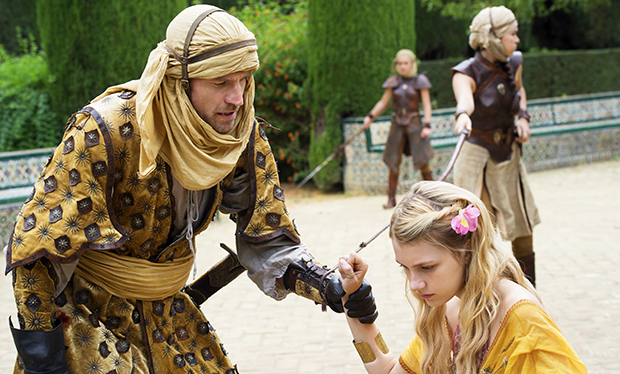 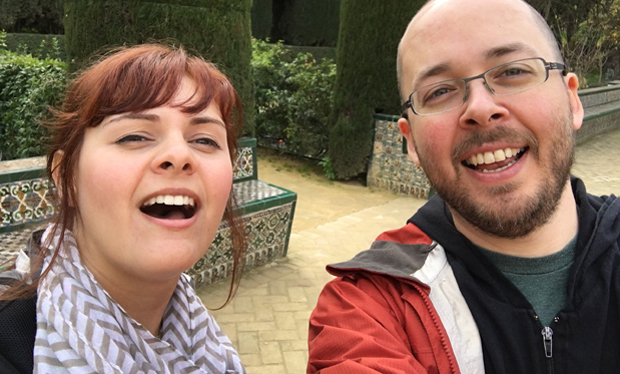 It's always changing, who we're supposed to love and who we're not. The only thing that stays the same is that we want who we want. 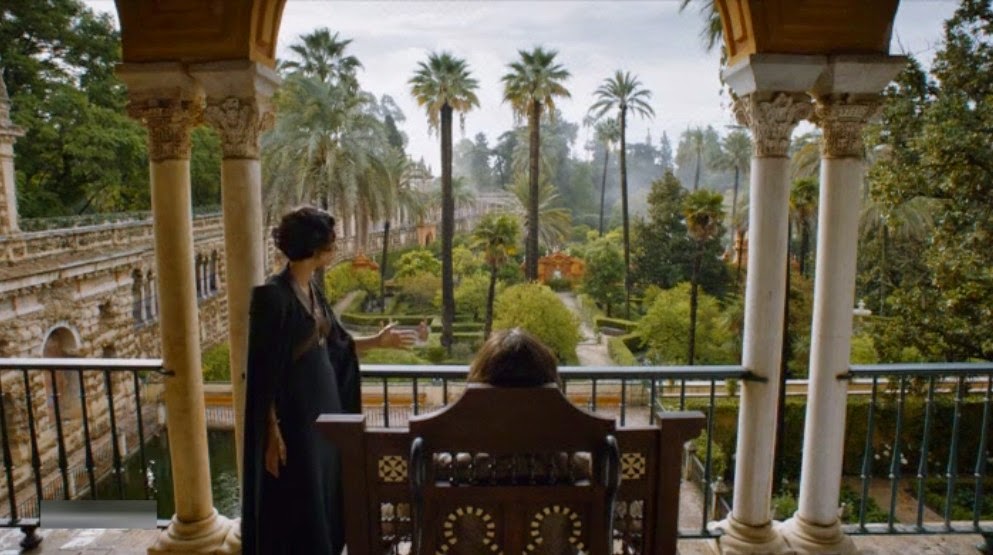 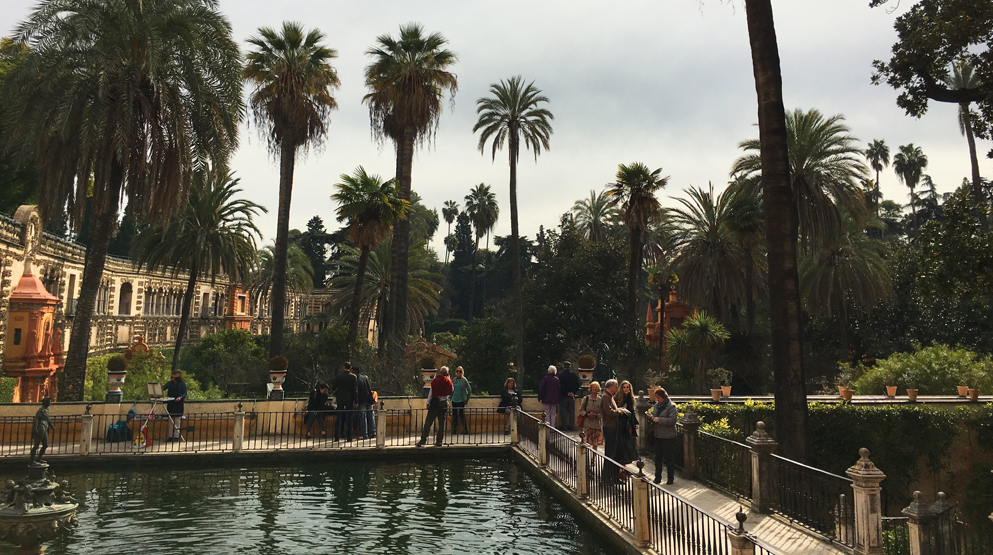 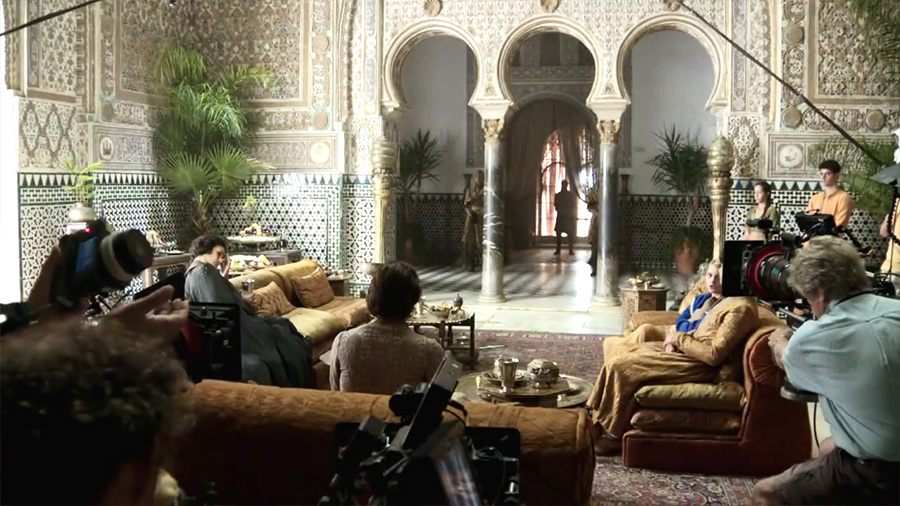 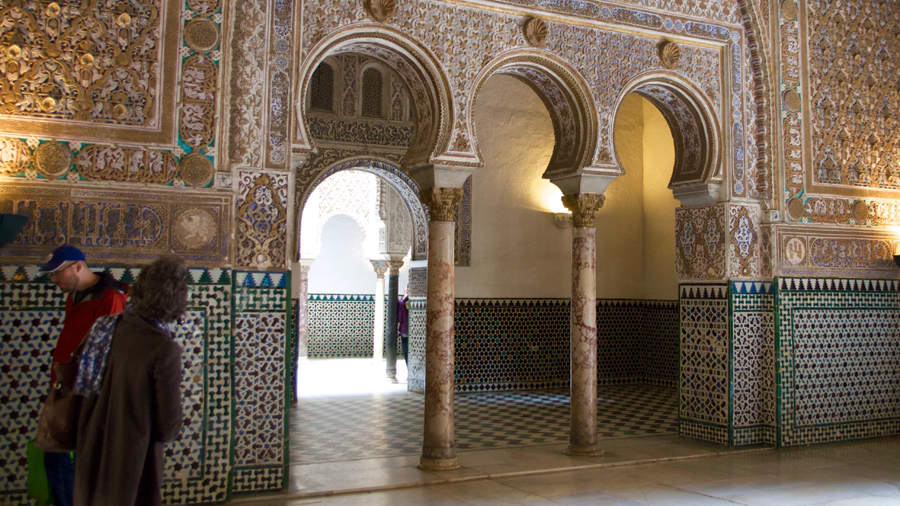 About 2 years ago · reply · retweet · favorite

Well, at least the Bruins lost. We can take comfort in the small things.

About 5 days ago · reply · retweet · favorite

After hearing @fertessa on @boardsalive I was primed to back Book of Villainy on @kickstarter ! Good luck with the project! kickstarter.com/projects/gold…

A fun new account posting now-public items and emails from the Epic v Apple lawsuit. My real question though: why are some of these people writing their emails in fully centered bold text, and why are they not on trial here? twitter.com/TechEmails/sta…

And immediately after, the anthem of colonization… twitter.com/kristen_shilto…