Panic on the streets of Birmingham 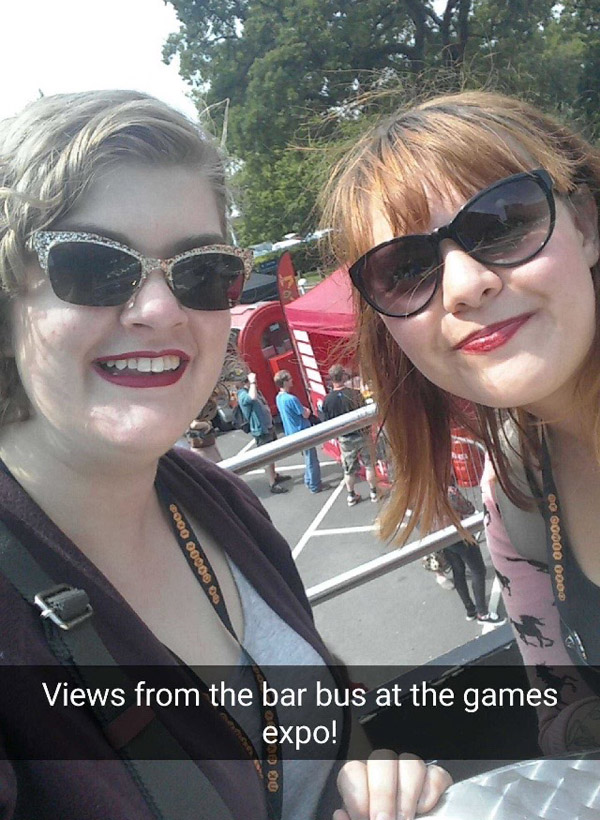 “Could life ever be sane again?”

Obviously The Smiths were referring to Abbey and I hanging out in Birmingham when they sang “Panic,” ’cause Abbney was a force in Brum. Now, let me share some of our misadventures. Prob not safe for children, avert their eyes.

First let’s set the tone of Birmingham, the accent is, well, not what you think of when you think England.

We got a lot of “awright leydees” as we were strolling about… WHat DOEs that MEAN!? Is it a question? Ya, I guess I’m “alright.”

The lovely Abbey joined the wayward crew in the middle of our stay in Birmingham. Basically as soon as Abbey arrived I stopped doing anything remotely responsible or productive… well, maybe I did knit a little while watching trashy TV. That’s productive right?!

For the record it wasn’t all Prossecco and trashy TV. Sometimes we’d get canned gin and tonics and eat Doritos.

Awright now, here’s the good stuff. The treasures of Brum.

Unfortunately as Abbey arrived her luggage did not. Fortunately, Brum has a spectacularly large central market which not only includes fresh produce and meats, it also has a sweet rag market where you can find clothes on the cheaps. Ideal for someone who doesn’t know when or if their luggage is going to show up. Naturally, our first stop was dat rag market! 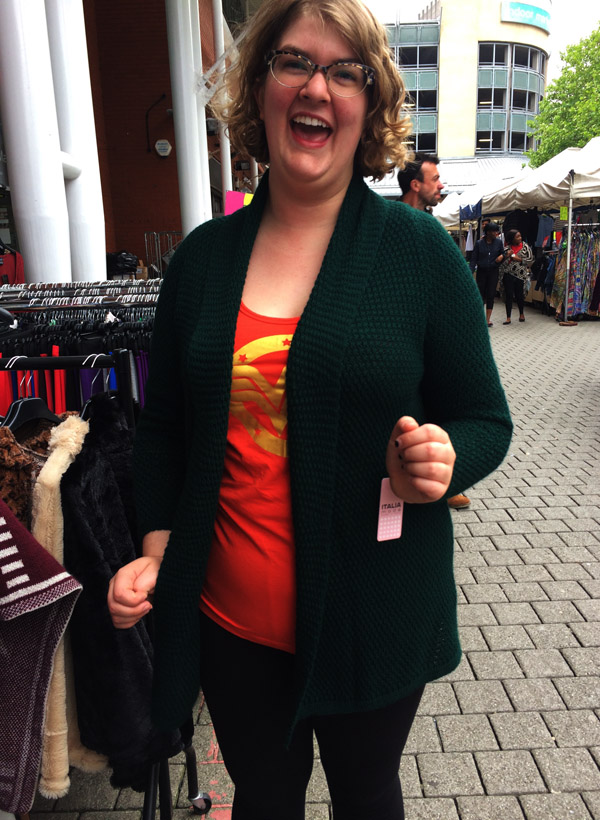 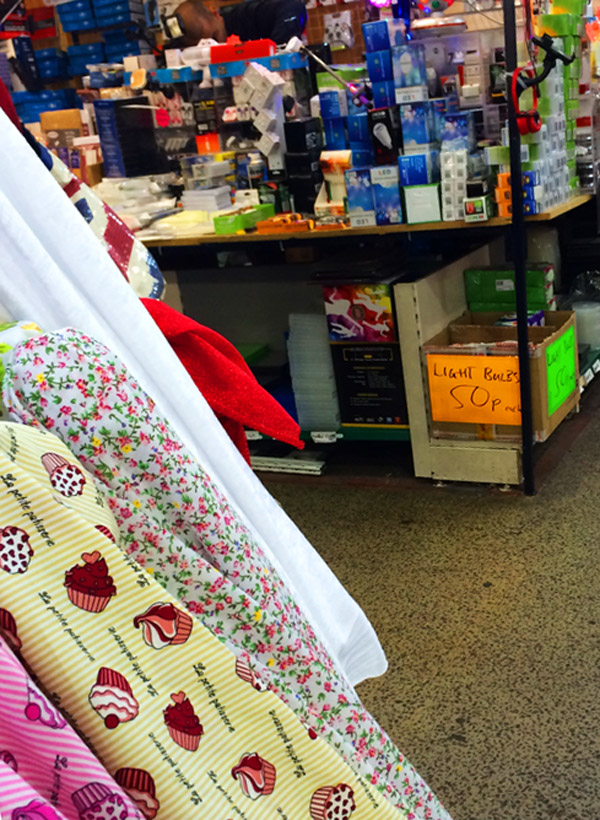 The market was equal parts thrilling and upsetting for everyone involved. Abbey did, however, acquire something resembling underpanties, a sweater, and some questionable leggings. I should’ve just made Abbey a dress out of this cupcake patterned fabric. I have regrets. 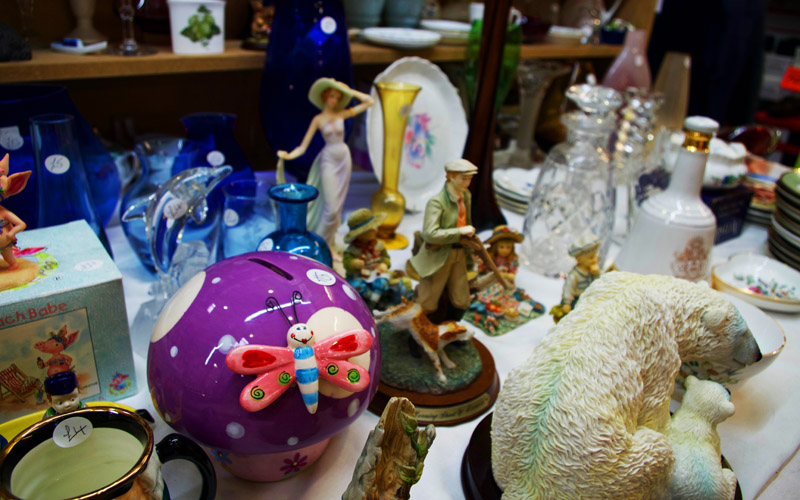 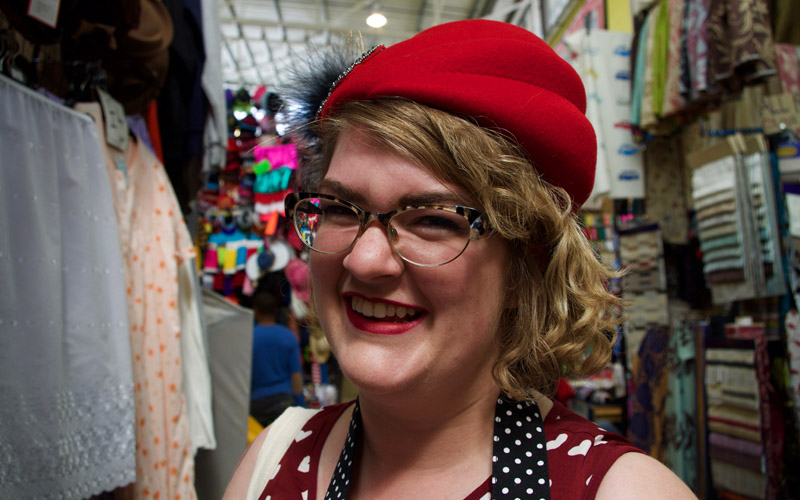 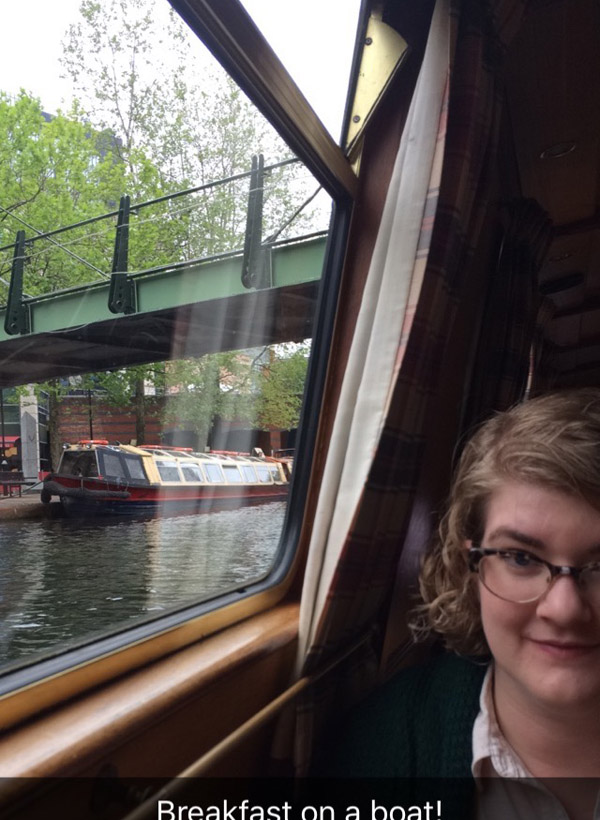 We ate breakfast on a mother *uckin’ boat! There was this adorable canal boat that serves traditional English breakfasts. It was pretty stellar. Do people still say “stellar”? Do people know what I mean when I say “stellar”? I’m over thinking this horrible word, but I don’t want to use a thesaurus to find a better one. Deal with it.

The Ab+B$ team made our way to the Art Gallery and Museum of Brum. 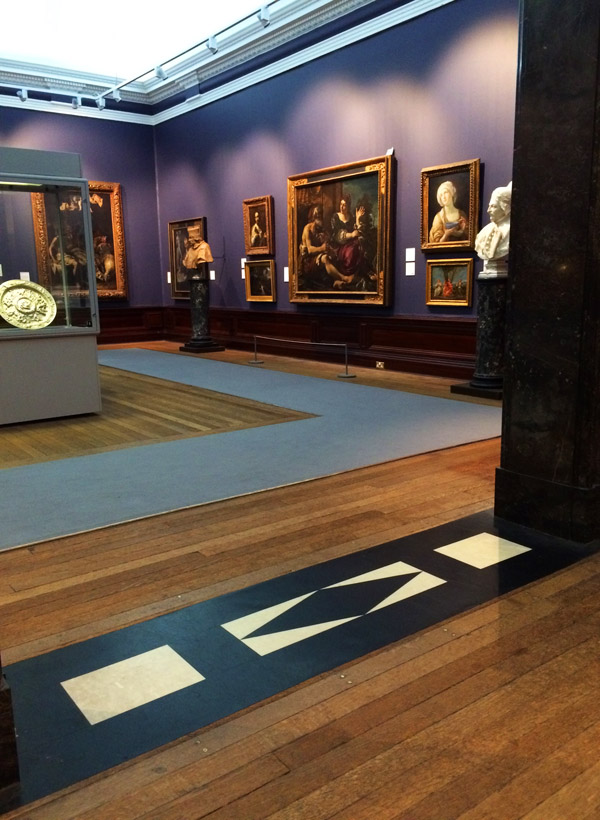 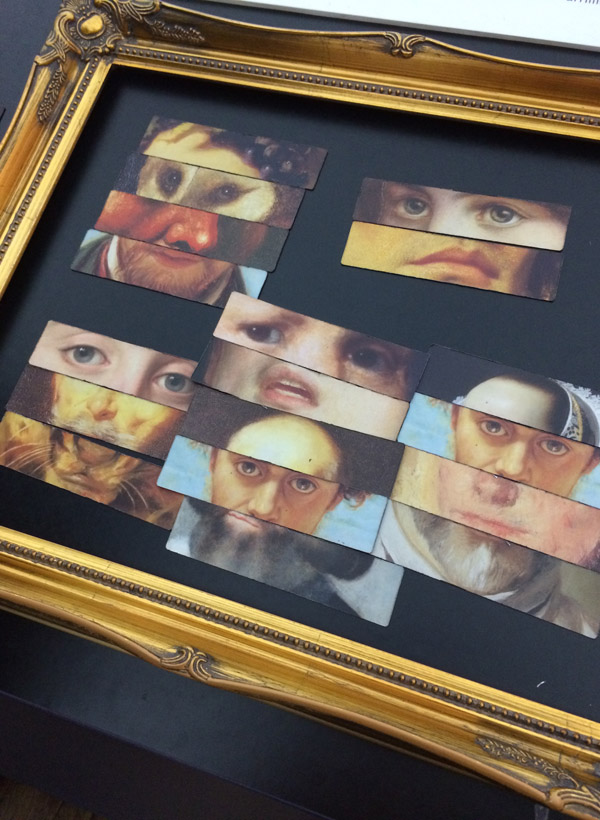 We even made our own art. These are our children.

And we stopped for a proper tea and scone time. 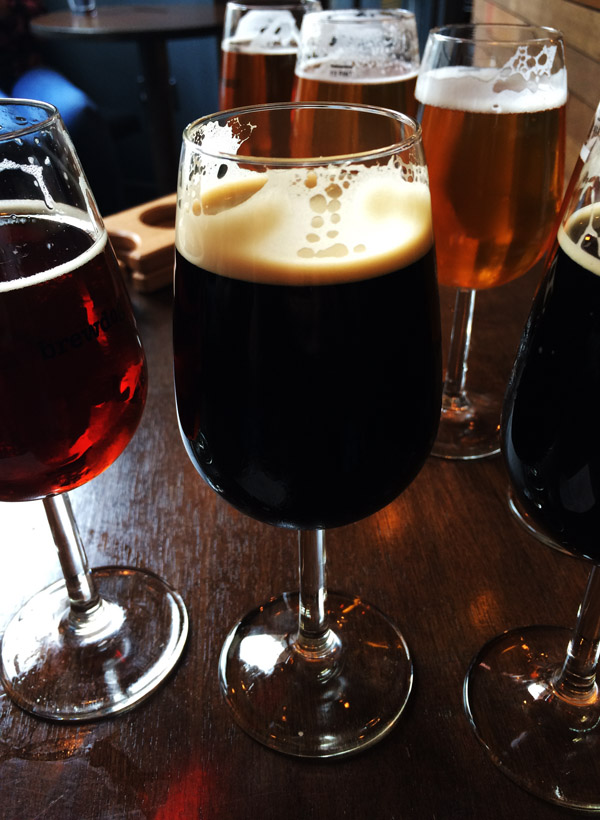 Team Brabbie fell in love with a chain craft brew pub. Well, at least I fell in love with it and Abbey tolerated my insisting of going every day. It just reminded me so much of beer places in Halifax and I was feeling a bit homesick.

Although both Abbey and I are gamers who work/worked at a game cafe, neither of us felt hardcore enough to be at the UK Games Expo so we began to think of ourselves as the “bros” of the con –  thus creating “#BroCon2k16.”

BroCon went something like this: Abbey and I would roll in around noon every day, crush a beer and lunch with John, then stroll around the expo hall demanding attention from everyone around us, finishing the day with beers and some gaming. If we had beer served in cans I would’ve crushed one on my head while yelling “BroCon.” I was very into the bruh life. 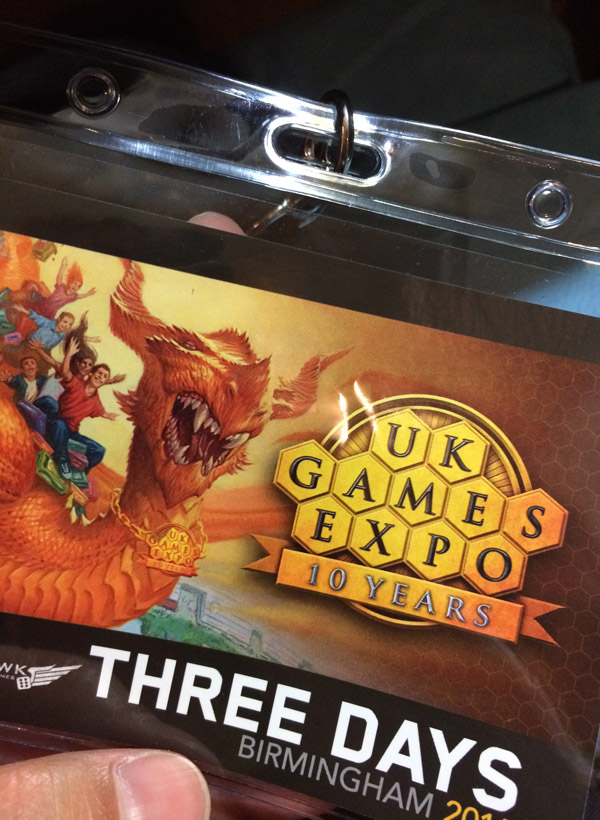 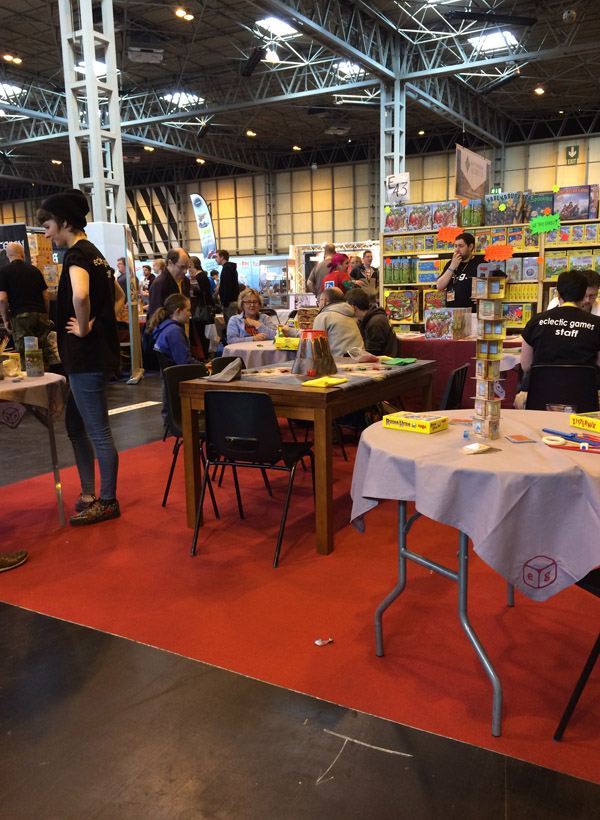 But seriously, despite my insisting of walking around like entitled dude-bros UK Games was a total blast. It was incredible to see so many new exciting games being demoed and to be able to play a few of my old favourites too. There were also some really sweet nerd crafts, brilliant cosplays, and tonnes of cool stuff I couldn’t purchase because there is no room in my suitcase. 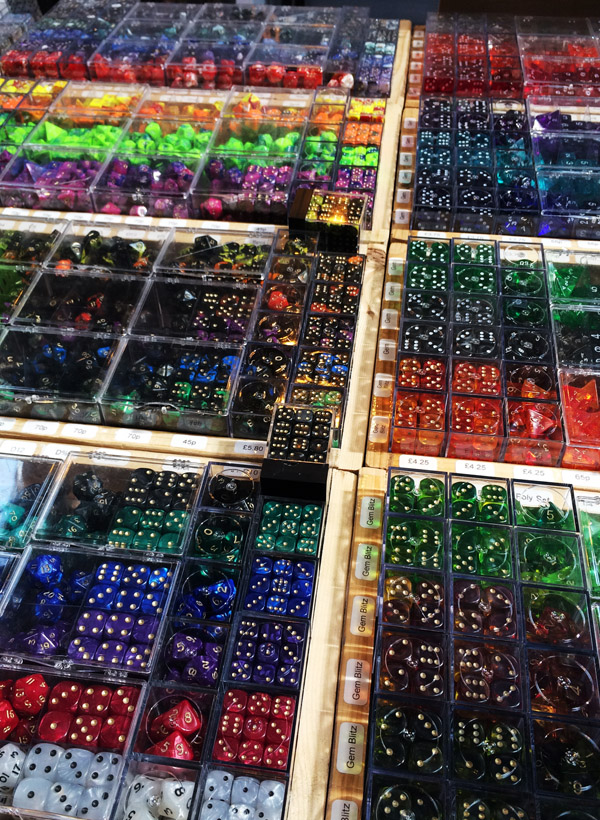 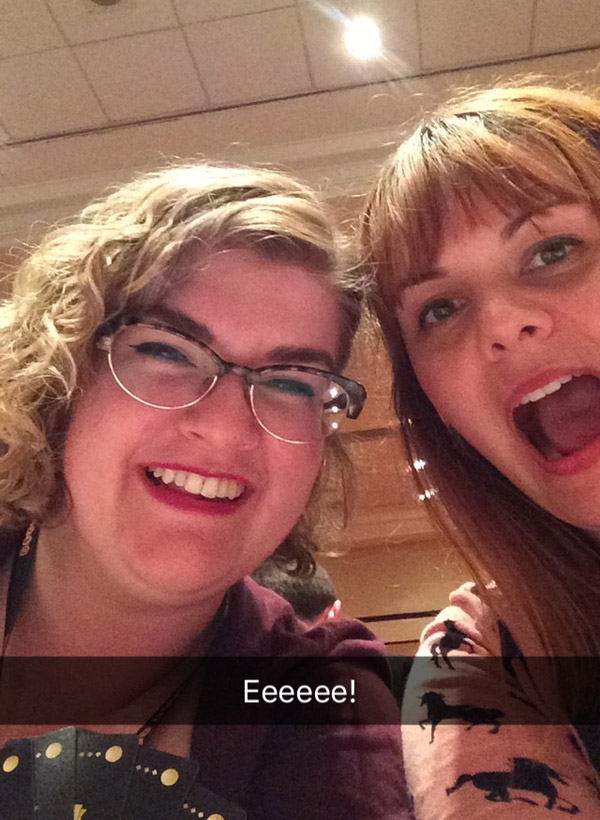 In truth, Abbney dorked out constantly while walking around the con. Which is unfortunately not very BroCon of us. 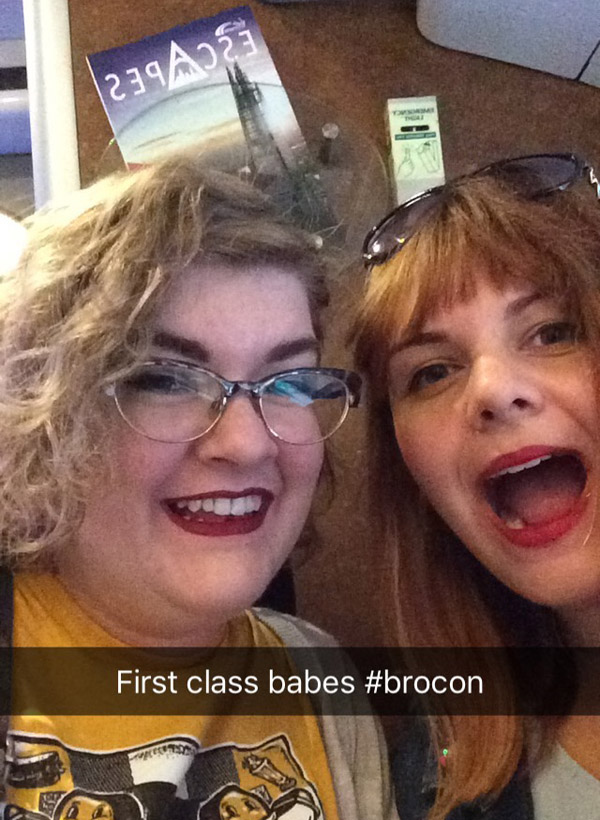 However, one day while taking the train to the expo we decided to take our chances and sit in first class with our peasant class tickets. We totally got away with it, because we’re amazing at being bruhs! *highfive* 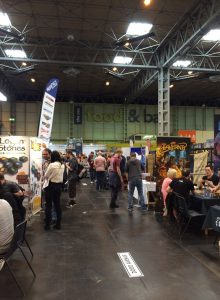 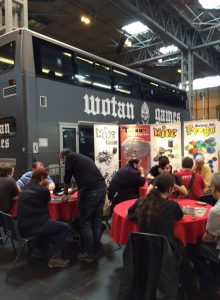 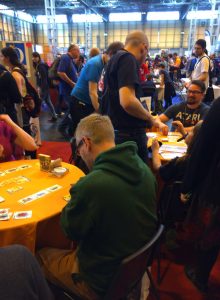 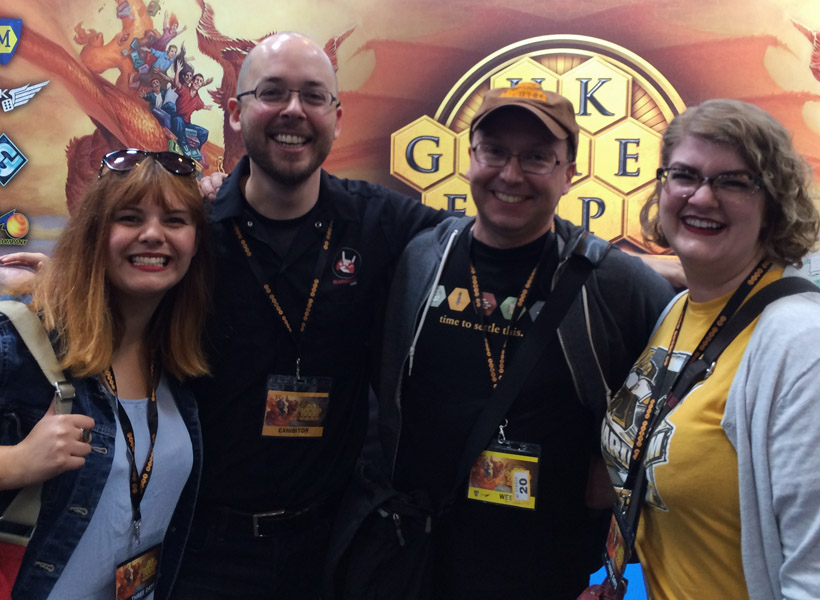 On Saturday of BroCon… err I mean UK Games Expo I got an incredible surprise visit from one of my dear ol’ coworkers! Dave of DaveCon fame decided to sneak in to UK Games without me knowing of it. Somehow the Abster knew of this and kept it a secret from me. She is a smooth secret keeping machine, I’ll tell you what! 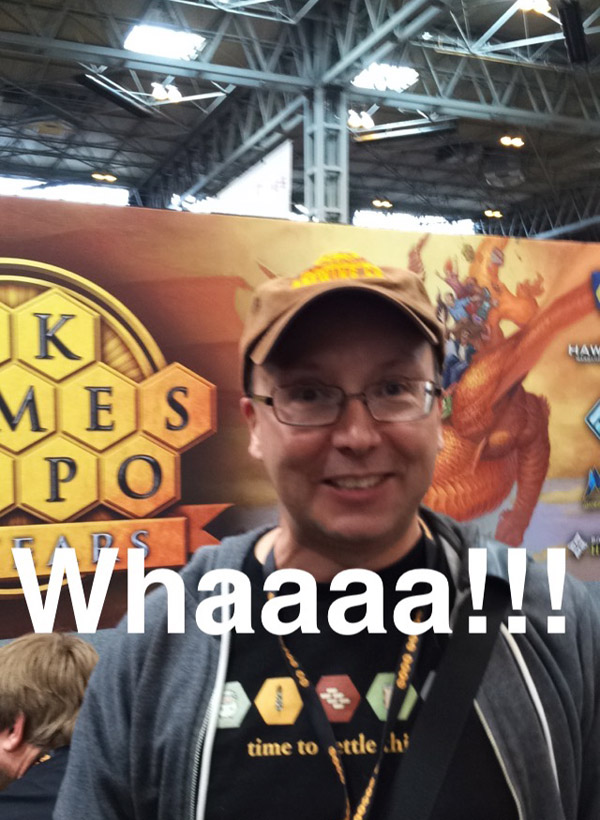 I am so thrilled I finally made Dave jealous enough of my adventures that he had to come join in! 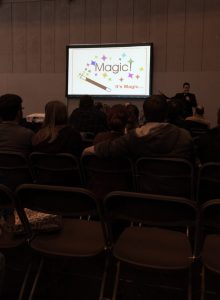 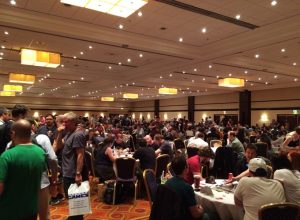 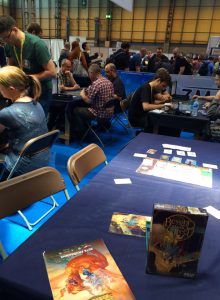 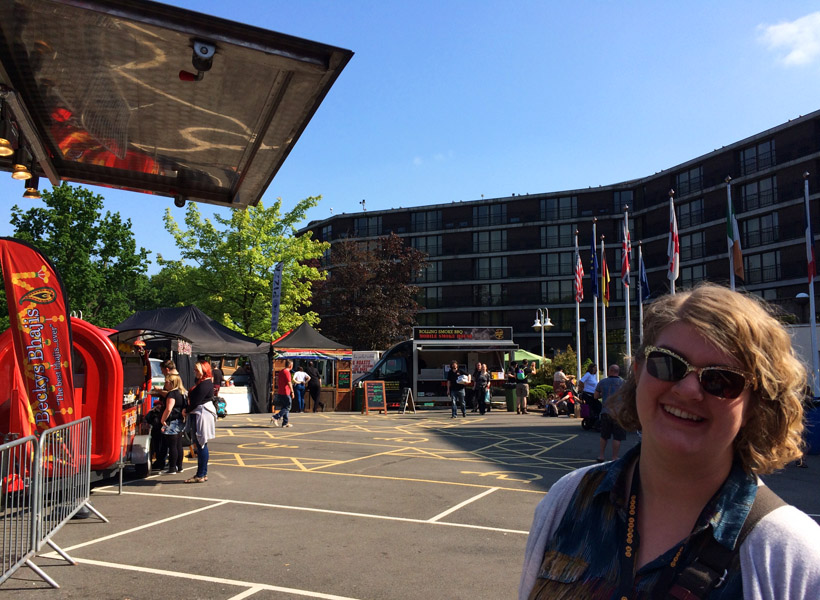 UK Games had this adorable little food truck festival going on in the parking lot! It was definitely one of my fav things. 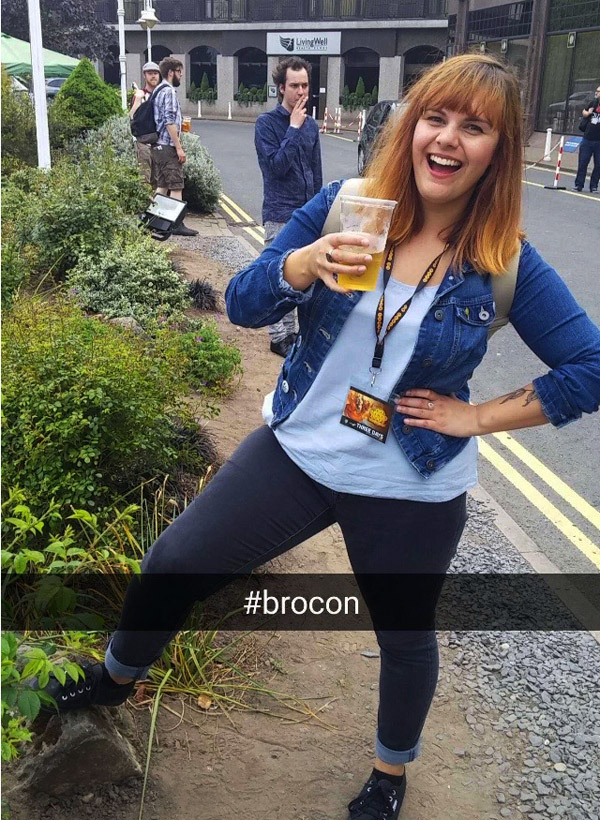 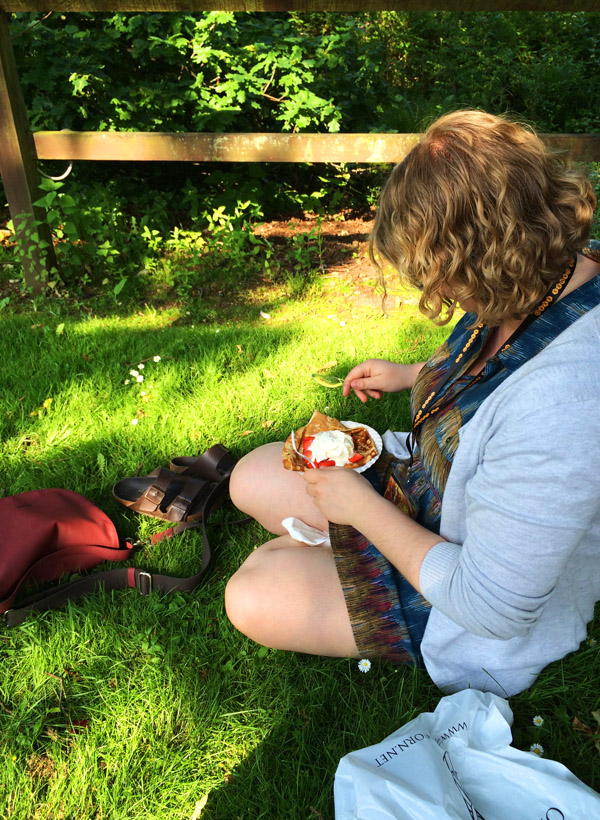 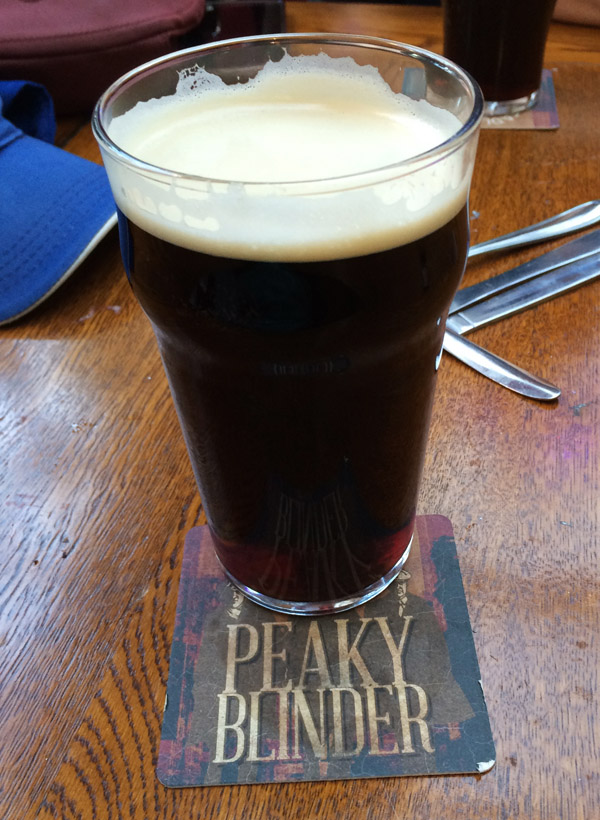 We all got really into Peaky Blinders while staying in Brum. It’s based in Birmingham just after the first World War. It’s a solid show if you haven’t watched, I recommend. Plus those Brummie accents are all up in the show!

Oh and did I mention the brilliant cast includes Cillian Murphy and Sam Neill!

Another favourite hangout for Britt-a-bbey was an adorable lil cafe called Cherry Reds. 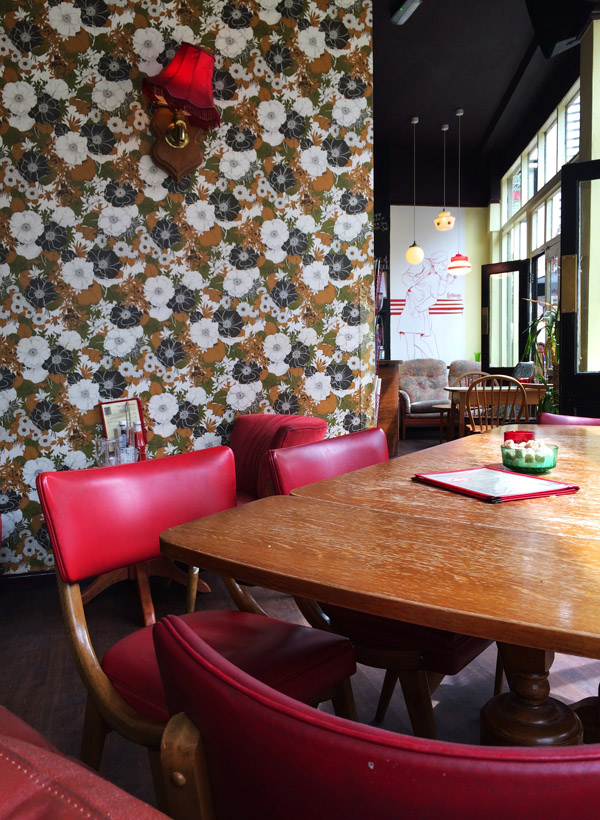 It had a flawless combination of mismatched furniture, fun wallpaper, unique beers, and delicious coffee. It reminded me of the old Paperchase cafe in Halifax. It just had a perfectly chill vibe. 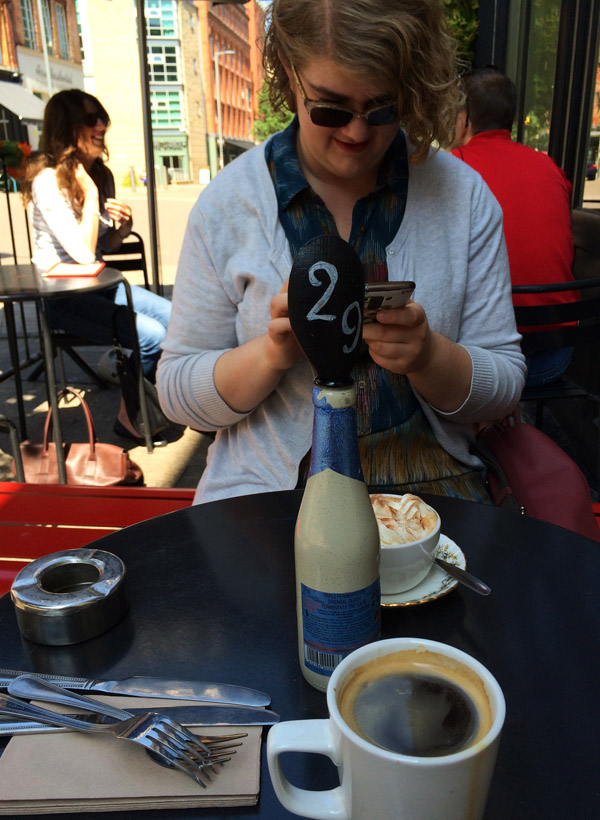 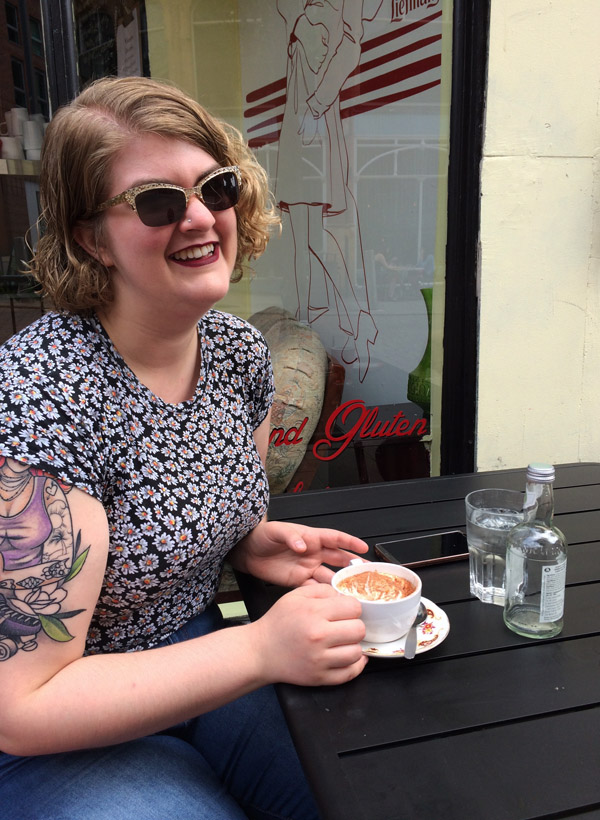 We went there a lot.

OK, so, I still have so many more adventures to share, but Ima stop here. The next adventure series includes a photo shoot in a graveyard and the exploration of not one but two dystopian parks!

About 2 years ago · reply · retweet · favorite

Well, at least the Bruins lost. We can take comfort in the small things.

About 5 days ago · reply · retweet · favorite

After hearing @fertessa on @boardsalive I was primed to back Book of Villainy on @kickstarter ! Good luck with the project! kickstarter.com/projects/gold…

A fun new account posting now-public items and emails from the Epic v Apple lawsuit. My real question though: why are some of these people writing their emails in fully centered bold text, and why are they not on trial here? twitter.com/TechEmails/sta…

And immediately after, the anthem of colonization… twitter.com/kristen_shilto…