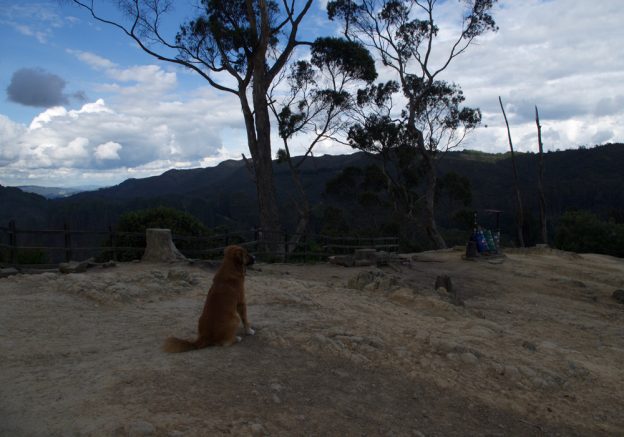 The bad, the weird, and the surprising. Generally I like to focus on the positive, cool, and awesome stuff when I’m travelling because there is tonnes of it and what’s the point of only talking about bad stuff. However, I had some experiences that were less than perfect and honestly downright disturbing that I want to share.

It’s hard for me to share anything but sunshine and roses with people, I blame the insta generation for this. Who doesn’t want to see perfect people having a perfect time. ALL. THE. TIME. I know I’m far from perfect, but if I could just share a couple photos a week with the perfect angle and lighting maybe everyone will think I’m ok?

Please don’t panic text me. I am ok. I just had some weird stuff happen in Bogotá that made me rethink what travel is to me and what’s worth sharing.

Now that I’ve built it up let us talk about some of the weird I’ve been experiencing.

I got barfed on. Like wut?! John and I were waiting for a bus in a relatively nice neighbourhood of Bogotá just minding our own business when a man who was clearly down on his luck started approaching us. I thought he was just going to ask for money or something … maybe make a grab at my purse. Then the worst happened, he started projectile vomiting in my direction while continuing to walk towards me. I moved in time to not get covered, but did get some on my left foot. It hit the top of my sneaks at the ankle. Horror. We moved to what we thought was a safe distance but the man continued to “chase” us with his barfing. There was a lot of barf. So we walked half a block away abandoned the bus idea and called an Uber. The crazy man was watching us the whole time. It was so so weird. Thankfully I keep a pack of wet wipes in my purse so I didn’t have to cut my foot off.

Old woman stare down. This one is less threatening, but still a little weird for me. I understand John and I stick out a bit as a white couple in Bogotá, but the level of staring I would get from old ladies … like I’m pretty sure they could see my soul or something.

Public transit. Why won’t people move!? I was literally birthed between two mens butts because they wouldn’t move out of my way so I had to shove through. There’s no such thing as a proper queue anywhere but most importantly for the Transmil (tram-like bus system). It’s all about shoving your way in to get a spot. Also hilariously, if someone leaves their seat someone is quick to grab it, but instead of sitting right away they hover over the seat for a few minutes to let the seat air out. lols!

Travel induced anxiety. This is a big one for me and is not unique to Bogotá, but since I hadn’t been travelling for a little while it caught me off guard. I’d love to do a whole post about this at some point because I think it’s important to remind myself and others that just because you have anxiety issues doesn’t mean you shouldn’t travel, it just means you might want to schedule yourself differently. If you’re like me it means sometimes you need a day that’s not about going to do a bunch of things, but is just about going for a quiet walk or even relaxing at home. Traveling is about our individual experiences not about meeting others ideas or demands. I travel for me and as much as I try to push myself it’s important that I respect my limits.

Thanks for reading! I have a bit more to share from our time in Bogotá then it’s all about Lima and Peru for awhile.